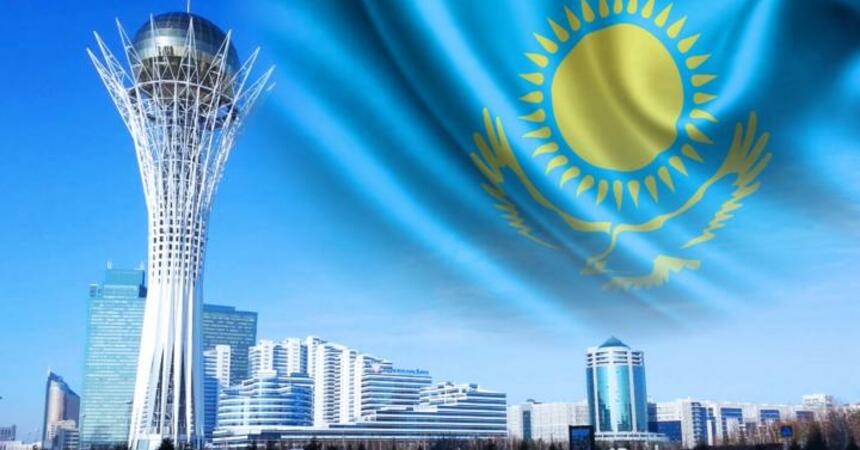 Importers of equipment with cryptography are increasingly receiving permits to have a chance to import it into the EAEU, not in Russia, but in Kazakhstan (NSC notification).

Business explains this by the complication of work with the Federal Security Service of the Russian Federation (FSS) since the times when the pandemic began, but imports “through neighbors” also have nuances, the Russian newspaper RBC reports.

As follows from the information of the Unified Register of Notifications of the Eurasian Economic Commission, in the last few months, several large manufacturers of gadgets began to receive notifications in Kazakhstan.

We are talking about a permit document that companies notify the authorities (in Russia, this is the Federal Security Service, in Kazakhstan-the National Security Committee) when importing goods containing elements of cryptography and encryption. Regardless of the member state of the Eurasian Economic Union (EAEU) that issued the permit, the device can be imported to its entire territory.

Intel Corporation last received this document in Russia in March 2020, after which the registration went through Kazakhstan.

Lenovo issued the vast majority of notifications through Russia until the summer of 2020, but then also began to do it through Kazakhstan. Since then, notifications have been issued in Russia for only a few models of servers and optical switches in the fall of 2020.

Huawei has also received most of the notifications through Russia, but since February 2021, most of the new products have been notified in Kazakhstan and Belarus, although this vendor has not completely abandoned interaction with the FSS.

Hewlett Packard also used to issue notifications mainly through Russia, and since September 2020 they have begun registration process through Kazakhstan.

In recent years, Vivo, Samsung, ASUSTeK Computer have received notifications for their products both in Russia and in Kazakhstan.

Eldar Murtazin, a leading analyst at Mobile Research Group, explained that in the second half of last year there were problems with the registration of notifications in Russia, which is why many manufacturers began to issue notification through Kazakhstan. But, according to him, since the beginning of this year, vendors have begun to return to the registration of the document in Russia, Murtazin said.

"At the end of last year, border checks were tightened in Kazakhstan and Belarus, and many manufacturers decided not to take risks," the expert explained. "Companies have already adapted to the deadlines for issuing notifications in Russia: they began to submit documents in advance."

What is wrong with interaction with the FSS

As a representative of one of the major manufacturers of equipment with cryptographic elements commented, after the start of the pandemic, the lead time of getting a reply from FSS increased from ten days to at least a month.

According to another resource , close to the company that helps manufacturers to issue notifications, recalled that since March 25, 2020, direct reception of documents in the department was closed, they had to be sent by "Russian Post": "Due to the fact that documents are also sent by mail from the FSS to the Center of Licensing, Certification and Protection of state Secrets, the time for their consideration has increased and sometimes reaches 1.5 months."

According to him, The process of reviewing documents has also become less transparent: "The percentage of negative decisions has sharply increased. Business representatives do not have the opportunity to understand exactly where a mistake was made during registration, until they receive a written decision, which is also sent only by mail."

According to this interlocutor of RBC, The procedure in Kazakhstan is organized "more transparently and adequately" than in Russia: the registration process takes five working days, the application can be submitted electronically. "But in order to receive notification through Kazakhstan, it is necessary to meet several requirements, including having a registered legal entity on the territory of this country and issuing an electronic digital signature on it for the possibility of registration on the public services portal," he said.

According to him Due to problems with the notification registration process in Russia, there is a significant risk of postponing the start of sales of new products in Russia to a later time compared to other countries, as well as the risks of delaying the implementation of projects that are sensitive to timely deliveries of such products.

The representative of ASUS Kirill Pogorelov confirmed that since 2021, the time for receiving the notification has "slightly increased", but, according to him, this did not affect the planned sales starts of the company's equipment. A representative of Vivo said that the process of registering notifications for the import of products to Russia has not changed. At the same time, he recalled that the company's products are presented all over the world, including in Kazakhstan. Lenovo, Huawei, HP and Samsung declined to comment. An Intel representative did not respond to questions from RBC.

WWBridge can issue documents both through the NSC (National Security Committee) of Kazakhstan and through FSS (Federal Security Service of the Russian Federation) to cover all needs of our clients. Please, feel free to contact our team through e-mail: [email protected]

Keep on powering! See what’s behind the certification of industrial motors

How to obtain Fire safety certificate in Eurasian Customs Union